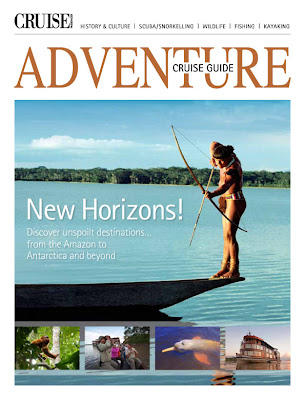 Every time I write this introduction, there seems to be something exciting going on. The buzz for all Australian travellers heading overseas is the continuing strength of the Aussie dollar and as most adventure cruise products are priced in USDs, it’s great time to go expedition cruising. Not only are we saving over 20 per cent on exchange rate alone from a couple of years ago, the depressed American travel market has opened up discounting and incentives like never before.

The International Association of Antarctic Tour Operators (IAATO) notes that tourist numbers* have fallen steadily since their peak in the 2007/08 season, hence the supply and demand balance has altered. Most of these travellers are GFC-spooked Americans. Australians are travelling like there’s no tomorrow and US operators are bending over to attract Aussies and our strong dollar.

This coming Antarctic season sees the banning of large ships carrying heavy bunker fuel, among them the stalwart Kapitan Khlebnikov, the Russian icebreaker that almost single-handedly opened up the deep Antarctic to tourism two decades ago. This also means regular cruise vessels from Holland America, Crystal, Princess and Celebrity will no longer offer their sightseeing-only cruises to the Peninsula which has accounted for around 15000 travellers each year for the last couple of seasons.

Beyond the frozen land down south, our own waters are enjoying renewed activity and the much anticipated arrival of Orion II will add more capacity for Australians wishing to experience new lands in Orion’s intimate expedition style. Southeast Asia, the vast Indonesian archipelago and the Pacific Rim are all now on the adventure menu.

When is the best time to go adventure cruising? Now. There’s always a good reason to take your dream adventure today. You never know what tomorrow brings.