Experience the Singapore Formula 1 Grand Prix from on board Orion

Orion Expedition Cruises, in association with Events Worldwide, is showcasing the Singapore Formula 1 Singtel Grand Prix with options of 3 or 4 night packages that include Grand Prix tickets.

Stay in Singapore harbour on board the luxuriously appointed Orion, enjoy the adrenalin packed experience of the world’s only night time Grand Prix and see Australia’s Mark Webber in action in his Red Bull F1 car as he chases another podium position and championship points.

Reserve your accommodation on Orion including Singapore F1 ticket packages: 25 – 27 September 2009. Twin share from A$2149 per person on sale now. Staterooms and suites available for individuals, corporate hospitality or other group bookings.

Call Events Worldwide on 1300 788 666 or email sports@events.com.au for complete details and options.

With 75 crew and a maximum of just 106 passengers Orion offers the highest staff to guest ratio and guest to public space ratio of any ship based in Australian waters.

Information on all Orion Expedition Cruises to Antarctica, Papua New Guinea, Melanesia, Asia, New Zealand, the Kimberley and Arnhem Land can be obtained by visiting the website www.orionexpeditions.com

Aurora Expeditions offers travellers the chance to experience Australia's hidden Kimberley Coast with their unrivaled team of experts in 2010.

The three voyages, led by legendary Kimberley expeditioner Mike Cusack of Australian Geographic's first 'wilderness couple' fame, will explore the hidden bays, estuaries and spectacular sandstone gorges of this pristine wilderness. Mike offers a special insight into one of Australia's least visited areas, where his intimate knowledge reveals the secrets of this ancient and forgotten land.

Joining the expedition staff for the 2010 season will be Rosanna Angus, a local Aboriginal guide who has delighted guests with her vibrant personality and abundant knowledge of indigenous history, bush tucker and bush medicine. Rosanna's fresh, insightful approach to interpreting the cultural aspects of the helps to cast a new light on some of the Kimberley's lesser-known treasures.

Aurora will also be joined again by eminent indigenous art historian Garry Darby and the inimitable Chris Done whose years of research as a naturalist bring the wonders of the Kimberley Coast to life.

As with all Aurora cruises, emphasis is placed on a combination of interactive experiences with the environment and a strong educational element. Aurora's onboard team of lecturers and naturalists are Kimberley experts who interpret history, plants and animals from Aboriginal and European perspectives.

Aurora's first two 11-day voyages will travel from Broome to Bigge Island off the Kimberley's north-west coast and back again, and include the Lacede Islands, a prime breeding ground for green turtles and tens of thousands of breeding birds; the tidal pools of Montgomery reef; and the secrets of the Wandjina spirit paintings.

A third 11-day voyage from Broome to Darwin, will explore one end of the Kimberley Coast to the other, crossing Joseph Bonaparte Gulf and visiting the spectacular King George River on the north coast. Passengers will be able to explore the renowned horizontal waterfalls of Montgomery Reef, Prince Regent National Park and the spectacular 90 metre plunge of the King George Falls.

Prices start at AU$6,850 per person twin-share, including all meals, Zodiac excursions and lectures by onboard naturalists and experts.

Posted by rodeime at 4:44 PM No comments:

I’m ashamed of myself; I’ve been an adventure cruise snob thinking that an adventure or expedition voyage had to be at least coastal or even oceanic in nature to qualify. I was wrong and now I’m admitting it.

I had this idea that river cruising was some cushy lark for timid softies with delicate tummies and an inhibited sense of adventure. Well, several recent river cruises have helped me dispel those prejudices and I’m finding myself developing a liking for the inland variety.

First it was Cruise West on USA’s Columbia River, then Pandaw on the Rajang of Sarawak and now I’m signed up for the Brahmaputra in India with Active Travel. Yes, I had to look it up.

I really should not have been so surprised because two years ago, I was with Coral Princess when they made one of their initial explorations of the Sepik. This river is one of the largest in PNG and twists and turns for over 1100 kilometres into the wild backcountry inland from the northern coast. It was here that I had one of my most other worldly expedition experiences when the women of Tambanum worked themselves into a black magic frenzy, yelping and flailing around like possessed banshees. The men knew their place, meekly banging their drums and chanting back-ups, careful not to get a beat out of place. These girls were way out there!

Although I’ve never been on the Amazon proper, I did venture up one of the lesser known tributaries, the Rio Negro, into eastern Ecuador, on the other side of the Andes. Our jungle hideout, Sacha Lodge, was secreted deep in the tidal floodplain and completely at the mercy of tiny marauding primates like marmosets and squirrel monkeys. Giant prehistoric birds called Hoatzins would lurk about while Toucans kept their distance and called loudly from the canopy. You could even fish for piranha off the veranda.

While aboard RV Orient Pandaw, I did get a run down from Australian rep, John Boyd, about future plans for the SE Asian river specialists. Well known for their signature voyages along the Mekong from Saigon to Phnom Penh and Siem Reap, they’ve also been busy on the Chindwin and Irrawaddy in Burma since 1995 and are soon to embark on the Ganges and Hugli rivers in India starting this September. The other stuff is secret, but look out for exciting new itineraries from this go-ahead line.

Here in Australia, Captain Cook’s Murray River itineraries are a popular, evergreen product, while some of the more locally-focussed Kimberley operators like North Star or Pearl Sea Coastal Cruises spend time upriver on the Roe, Prince Regent or Hunter chasing Barramundi and ancient Gwion Gwion rock art. Then there’s the Volga in Russia, the Danube Delta in Romania, the Dnieper in the Ukraine and the Nile and Congo in Africa. Yes, they all have cruises.

So don’t think that expedition cruising has to mean icebergs, penguins or polar bears. Nor does it have to involve crossing seas in search of remote islands, some of the world’s great inland waterways hold great adventure possibilities.

Posted by rodeime at 1:18 AM No comments: 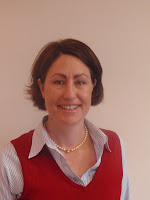 The appointment follows the retirement of founder, Greg Mortimer, who sold the business at the end of last year.

Mortimer, the first Australian to climb Mount Everest and a veteran of more than 100 voyages to Antarctica, will continue to lead expeditions for the company.

“I look forward to continuing the legacy that Greg Mortimer created, pushing the boundaries of adventure and expeditionary travel and making it possible for travellers to experience the wildest and remotest corners of the planet,” said Bolton.

“It is a great privilege to follow in the footsteps of one of the pioneers of expedition travel, and I am pleased to be involved in the next development stage of one of Australia’s most successful adventure companies,” she said.

Aurora Expeditions is an Australian adventure company specialising in small group expedition-style travel to Polar Regions and other wild and remote places such as The Russian Far East, Papua New Guinea and The Kimberley Coast. A world leader in polar cruising, Aurora offers their travellers the chance to have an intimate experience in these regions with their flexible, innovative itineraries. On some voyages, mountain climbing, sea kayaking, photography and scuba diving options are available and Aurora’s expert naturalists, historians, staff and crew help to unlock the wonders of these special places. Deeply committed to education and preservation of the environment, Aurora's founders, Greg Mortimer and Margaret Werner are veterans of almost three decades of Antarctic research, private Antarctic mountaineering expeditions and polar travel. For more information about Aurora visit http://www.auroraexpeditions.com.au/

Posted by rodeime at 8:10 PM No comments: Opera With The Stars Under The Stars

A grand night of operatic proportions awaits guests from the five star expedition cruise ship Orion at the conclusion of its Kimberley Expedition voyage in late August 2009.

Having absorbed the visual drama of the spectacular Kimberley coast with its vast tidal changes, emerging reefs, swirling waters, dramatic waterfalls and prolific marine life, Orion’s guests will be invited to enjoy Broome’s iconic OPERA UNDER THE STARS®, a highlight of Broome's cultural events calendar.

Overlooking Cable Beach, famed for its fiery sunsets, this ‘one night only’ evening provides a delightful contrast of informality countered by uplifting voices of opera singers who have received critical acclaim for performances both at home and overseas.

The musical programme includes the sublime aria “Casta Diva” from Bellini’s Norma, excerpts from Carmen by Bizet as well as duets by Verdi and Delibes.

Be it an impromptu glass of champagne on some remote sand bar, a seafood beach barbeque or an invitation to the opera, these are typical unexpected experiences Orion strives to provide guests on all Orion voyages.

Special offer – save 15% on these prices

Fares begin from $8,790 per person for an ocean view Category B Stateroom.

Suites begin from $12,125 per person for a Junior Suite and Owners Suites with French Balcony are $18,410 per person

Expedition fares are per person twin occupancy include accommodation, all meals, landings and selected activities ashore plus invitation to OPERA UNDER THE STARS® in Broome on Saturday 29th August.

Further information on Orion Expedition Cruises can be obtained by visiting the website www.orionexpeditions.com

Pearl of a deal for Kimberley cruises

Pearl Sea Coastal Cruises is offering a $500 gift voucher per person at pearl specialist Linneys in Broome as well as a 15 percent discount on 2009 and 2010 Kimberley coast cruises.

Prices include a light aircraft and helicopter flight between Broome and the Mitchell Plateau (on 7-day cruises), private cabin with ensuite bathroom, full use of the vessel, guided land and water excursions and all chef-prepared meals served on the shady stern deck or in the air-conditioned lounge.

Cruises operate during March to October.

Cruising is on board the 25-metre Kimberley Quest II, equipped with a spa on the deck and helipad for scenic flights.

The Kimberley Quest II has only nine double cabins, with a choice of four styles.