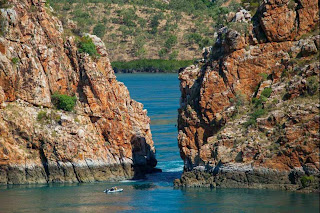 ​
Book an Aurora Expeditions 'Kimberley Coast Package' before 31 October 2014 and your partner will fly free from any Australian capital city, a saving of $700 per couple.

The 15-day package features an Aurora Expeditions 11-day Kimberley Coast voyage between Broome and Darwin aboard 44-passenger Coral Princess, plus return airfares from your nearest Australian capital city, two nights' accommodation and a sightseeing tour in both Broome and Darwin, and airport and port transfers.

This great money-saving offer is available on all three of Aurora Expeditions' 2015 Kimberley Coast cruises departing during June and July 2015 – the best time to see the Kimberley's lush waterfalls in all their glory and the arrival time for mating and calving humpback whales.

Each expedition is led by Aurora Expeditions' long-standing expedition leader, Mike Cusack, the co-author of Our Year in the Wildness, the inspirational account of 12-months living off the land in a drought-stricken West Kimberley, with his wife, Susan.

Exclusive to Aurora Expeditions voyages, Mike offers expeditioners the opportunity to join him on a 10 kilometre trek back to the place where he and Susan spent the challenging year at the Kunmunya Mission. The rock-hopping journey takes you deep into the big and powerful landscape of the Kimberley.

The voyage also includes daily shore landings via a specially-designed landing craft, the Explorer, which delivers passengers directly from the ship's deck to shore. Each day you'll explore something new such as the Wandjina and Gwion Gwion rock paintings on Bigge Island, Lacepede Islands' seabird rookeries, or a thrilling Zodiac ride through the Horizontal Waterfalls.

Our expert team, including naturalist and Kimberley specialists, will interpret your surroundings as you land ashore and through lively talks on board, whilst our on board crew will wine and dine you each evening as you sit back, relax, and enjoy the Kimberley landscape from the ship's deck and lounge.

Posted by rodeime at 2:34 PM No comments: 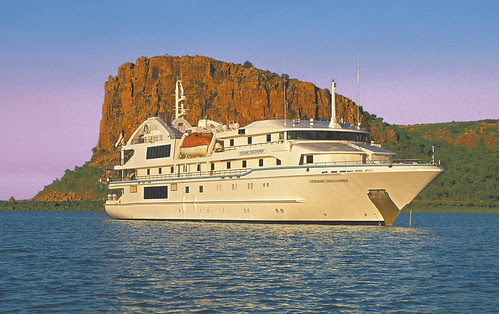 Australia's small ship cruise line Coral Princess Cruises have released details of their 2015 Kimberley Expedition season, an important milestone for the company as it celebrates its 20th year exploring the remarkable Kimberley Coast since pioneering cruising in the region in 1996.  Now a bucket list trip for many Australians and a growing number of adventure cruise aficionados from around the world, Coral Princess has responded to soaring demand by opening up the 2015 expeditions for bookings well ahead of schedule.

Coral Princess operates a record 34 departures between April and October each year aboard two small ships; the state-of-the-art 72 guest Oceanic Discoverer and the newly refurbished 48 guest catamaran Coral Princess. As a 100% Australian-owned, flagged and staffed operation, Coral Princess guests avoid the need to transit an international port as part of their Kimberley itinerary and with a minimum of two landings most days Coral Princess guests will enjoy the opportunity to see more of the Kimberley and make the most of every minute of their expedition. 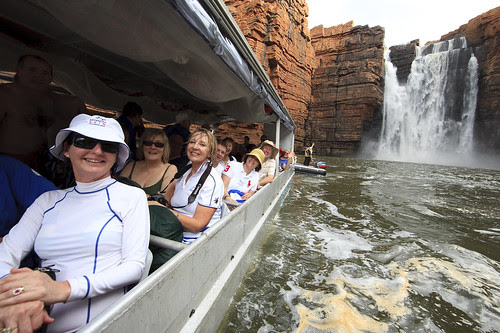 The Kimberley wilderness of Western Australia is three times larger than England with a population of just 30 000. Coral Princess's 10-night voyages between Darwin and Broome cruise through one of the planet's oldest and most awe-inspiring scenery and landscapes. From the towering 80-metre King George Falls, four-tiered Mitchell Falls and the iconic King Cascades to the amazing natural phenomenon of Horizontal Falls and lesser-known highlights such as swimming beneath beautiful Ruby Falls, Coral Princess's Kimberley itinerary includes all of the icons of this spectacular coast in unrivalled style and total comfort.

2015 prices for the 10-night Kimberley cruise aboard Oceanic Discoverer start at $9,190 per person in a Main Deck (Category B) Stateroom and $7,590 per person in a Cabin category room aboard Coral Princess. Prices include all meals, lectures and services of the all-Australian expedition staff and excursions aboard a fleet of zodiacs and the unique 'Xplorer' excursion tender.

Coral Princess Cruises pioneered small-ship expedition cruising in Australia and the South Pacific in 1984. In addition to the Kimberley expedition, the company operates year-round small ship cruises on the Great Barrier Reef from Cairns, along with an enthralling 11-night Cape York & Arnhem Land adventure between Cairns and Darwin. Further afield, Papua New Guinea, the Islands of the South Pacific, New Zealand and the Raja Ampat and Spice Islands regions of Indonesia feature in the company's exciting range of itineraries throughout the South Pacific and South East Asia.

For further information and reservations contact Coral Princess Cruises on 1800 079 545 or visit www.coralprincess.com.au.

Lead in price from $10,999 per person twin share. Inclusions are;

Discover the Kimberley and Lesser Sunda Islands with Silversea


Explore the remote Kimberley region and the Lesser Sunda Islands on this 12-day cruise from Broome to Bali on board Silversea’s Silver Discoverer.

Silver Discoverer’s voyage through this stunning part of the world will provide guests with the rare opportunity to witness the spectacular tidal change at Montgomery Reef, photograph King George’s towering twin falls and observe the unique wildlife of Komodo.

Departing Broome on 12 May 2014, guests will cruise the northernmost part of Western Australia, discovering the remote and rugged landscape of the Kimberley Coast. Heading north, Silver Discoverer will then visit Lomblem Island, Komodo and West Sumba in Indonesia before guests disembark in Benoa, Bali on 24 May 2014.

Prices are per person starting from AU$10,550 double occupancy. Silversea’s fares include all-suite accommodation with butler service; gourmet meals with menus designed by Relais & Châteaux; complimentary wines, Champagne and spirits served throughout the ships; and all gratuities.

Email ThisBlogThis!Share to TwitterShare to FacebookShare to Pinterest
Labels: Silversea

Win a Kimberley Cruise aboard Orion 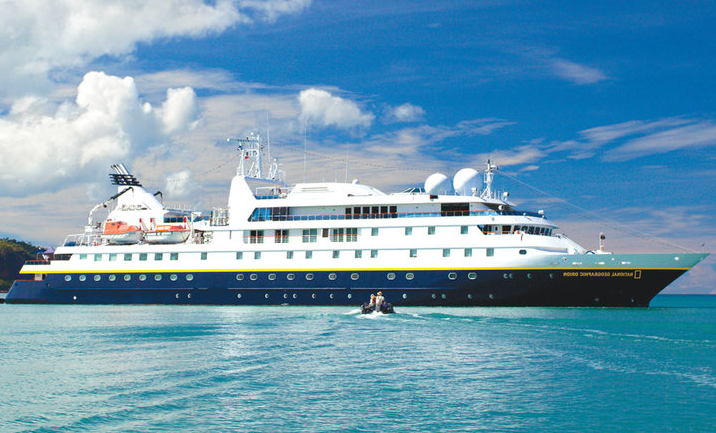 You can win an unforgettable 10-night Kimberley expedition cruise for two aboard the magnificent National Geographic Orion. This prize may be taken on any sailing from Darwin or Broome between May and August 2014.
Posted by rodeime at 7:23 PM No comments: