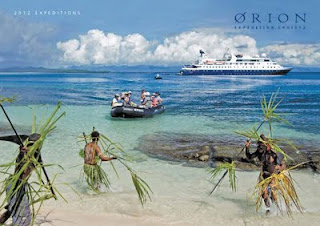 New sailings feature the islands of Micronesia and themed voyages to Japan with Art of Japan and Culinary Voyage of Japan itineraries. China is included for the first time with expeditions that includes the Yangtze Delta (Kobe to Shanghai) and Shanghai to Tawau (Yangtze, Taiwan, Philippines), while a visit to Java includes the long lost temples of Borobudur.
www.orionexpeditions.com

Get this brochure sent to you free